That’s No Bull: At Manhattan Music Lessons, We Like “Animal” Sounds 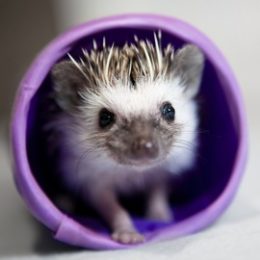 Manhattan music lessons: Pet-friendly, but with a human touch

“All music is folk music. I ain’t never heard no horse sing a song.”
– Louis Armstrong

True, horses don’t usually belt out tunes (at least not the kind that are pleasing to a human ear), but there is at least one documented case of a singing equine – the famous Mr. Ed.

But, generally speaking, we have to agree with the great jazz trumpeter – outside of Hollywood, horses are not known for their musical abilities – it’s a definite neigh. Just as you can lead a horse to the water but can’t make him drink, you can also give him the violin, but, in all likelihood, can’t teach him to play it.

Now, the question you may be asking yourself is: do animals respond to “human” music? The answer is yes, and you heard it right from the horse’s mouth.

As mentioned, animals (at least the domesticated ones) do respond to music but, according to scientists, they have their own specific preferences. A study carried out at University of Wisconsin-Madison found that our four-legged friends don’t like pitches that are too high or too low, which sound too shrill and grating to their fluffy ears.

Common consensus among animal researchers is that our pets are not fans of heavy metal and similar genres, because these types of harsh sounds make them agitated (lots of humans would agree).

A different “breed” of music

What about the most common household pets, cats and dogs? Animal behaviorists say that Fido likes classical music the best. In studies, dogs that were exposed to this type of music spent less time barking, and appeared to be calmer and more relaxed.

The same is true for felines. Soft and soothing music is the cat’s meow: it seems to keep the frisky creatures from fighting, making them calm and, as far as we can tell…happy as a lark!

Now, having said all that, music is composed by humans for humans.  Let’s not forget that despite the contention that “animals are people too,” in reality they are a totally different breed (need we even say that?) This means that, given a choice, they’d prefer the so-called “species-specific” music that uses pitches, tones and tempos more adapted to their sense of hearing.

Still, there are certain similarities between “animal” and human music. For example:

The workings of nature are truly fascinating, aren’t they?

We have news for you: it seems that you CAN teach an old dog new (musical) tricks!

Now, that doesn’t mean we can teach your dog to play the piano, so please don’t even ask! Our Manhattan music lessons do have a bite to them, but we make no bones about this: we draw a line at teaching in doghouses, stables, or barns. So if that’s the kind of lesson you have in mind, you’re barking up the wrong tree!

However, we’ll be happy to come to your (human) home or office and teach you to play any instrument. In our book, that makes a lot of horse sense!

< Previous Post Just a Silly Love Song? You can Play or Sing it, with Manhattan Music Lessons Next Post > New York Music School: Can’t Carry a Tune? We Will Come to the Rescue!