New York Music School: Can’t Carry a Tune? We Will Come to the Rescue! 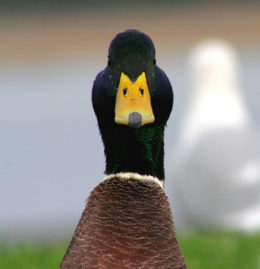 If you quack like a duck rather than sing like a nightingale, call New York music school!

“When she started to play, Mr. Steinway came down personally and rubbed his name off the piano.”
~Bob Hope

Actually, we at New York music school are pretty sure that never happened, but this very funny quote suggests that tone-deaf people shouldn’t subject their fellow men to their music.

Does this sound familiar to you? Does everyone around you run for the hills, and does your dog hide under the sofa with his paws over his ears when you start to sing or play?

However, rest assured that neither condition is terminal; in other words, both can be “cured.” Of course, we can’t talk with any level of expertise about the feet, but we do know a thing or two about overcoming the syndrome humorously referred to as  “Van Gogh’s ear for music.”

We don’t actually know whether the great painter could belt out a tune either before or after he snipped off his ear, but we have seen plenty of cases of people who enjoyed singing or playing an instrument, even though they (and everyone around them) believed they were tone / tune-deaf. Fact is, not everyone is a natural talent, but most people can (and do) become proficient at music through work and practice. That’s the truth and don’t let this message fall… on deaf ears!

In its strictest sense, tone-deafness means the inability to distinguish different pitches. We have all heard tuneless warbling or instrumental renditions that sound more like a subway train screeching to a stop than a piece of music.

However, before you call someone (or yourself) tone-deaf, know that this condition is actually very rare – only about 1 percent of the population is truly “amusical.” The rest of the people believed to be tone-deaf actually aren’t, even if they happen to sing / play off-key.

As the late comedian George Burns put it: “”I love to sing, and I love to drink scotch. Most people would rather hear me drink scotch.” (Though Burns was no Pavarotti, he certainly wasn’t shy about singing in public).

So the question is, why can’t some people carry even the simplest of tunes? There may be several reasons for that.

Of course, we can’t generalize because each individual case is different, but some of the common reasons may be:

Music to your ears

If the first of the above-mentioned reasons is responsible for flat notes and off-key sounds, we suggest you have a hearing test and follow whatever treatment the specialist suggests. A good hearing ability is essential not only for playing music, but for life in general.

But if you are “tuned out” because of the three other reasons – distracted mind, poor control of vocal muscles, and lack of regular practice (at least half an hour a week with a teacher), our lessons from New York music school can help.

Our teachers will come to your New York home or office, and give you vocal lessons or teach you to play an instrument. You will have an excellent, comprehensive training that includes not only the actual music part, but also all the other essential elements mentioned above. So all the music you sing or play will be easy on the ear!