Just a Silly Love Song? You can Play or Sing it, with Manhattan Music Lessons 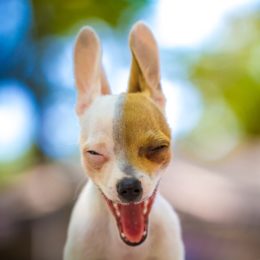 Whether you are A Fool in Love or a Fool in the Rain, Manhattan music lessons are here for you!

What kind of fool are you?

No, we don’t mean to offend you. But, you have to admit, this is a very pertinent question to be asked in a blog about April Fool’s Day.

Fortunately, April 1 comes but once a year so being silly or quirky for a day might be fun (and there is no age limit for silliness – anyone can do it!)

The message here is this: act the fool! There is actually some scientific evidence suggesting that people who are intentionally silly on occasion live longer. So, if you ever wanted to engage in a bit of buffoonery such as kissing the rain, chasing a flock of geese (probably difficult to do in New York) or carving your initials into a tree, go ahead – on April 1, nobody will fault you for being wacky. But please, please, don’t use April Fool’s day as an excuse to get a tattoo of snakes and dragons on your arms!

Do you feel foolish yet?

It had to start somewhere

The origins of April Fool’s Day are not known, though historians suspect that a fool initiated it. Seriously though, some theories have it that it started in 1582, the year France adopted the Gregorian calendar, shifting the observance of New Year’s Day from the end of March to January 1.

However, some traditionalists boycotted the revised schedule and continued to celebrate the New Year on April 1, becoming the laughing stocks of their entire villages (we are not quite sure, so don’t quote us on that, but we suspect that’s how the expression “which village is missing its idiot” started).

These holdouts became the butt of jokes, and the name “April’s Fool” stuck. Needless to say, this was not a politically correct era!

The only “celebrations” that take place on April 1 are assorted pranks, hoaxes, and other tomfoolery. As long as they are funny and harmless, it can be great fun.

Of course, NYC is not immune to a bit of foolishness, as evidenced by the annual April Fools’ Day Parade, which starts at Fifth Avenue and 59th Street and winds down at Washington Square Park. The only rule is to dress and act as foolishly as possible.  This is, after all, New York!

Now, you might think that you will never be on the receiving end of an April Fool’s prank because you are too clever.  However, many people have been “hoaxed,” not necessarily because they are gullible, but some of these fictitious tales are so elaborate and, at least on the surface, credible, that lots of people are fooled.

There are too many of these “tall tales” to mention here, but one famous one dates from 1957. A British TV station produced a short documentary about spaghetti harvest in Switzerland.

Unless you know for a fact that pasta doesn’t grow on trees, it’s easy to get caught in this plot.

Are you in the mood to have fun on April 1? If you are, here’s a suggested playlist for your celebration:

“What a Fool Believes,” The Doobie Brothers

“I Started a Joke,” Bee Gees

“How Sweet to be an Idiot,” Neil Innes

Do you want to learn more “foolish” songs? With our Manhattan music lessons you can. Even though our repertoire includes serious pieces of music as well, we’ll be happy to come to your home or office and …play the fool! (Remember though – this is your idea, not ours).

Oh yes, one more thing: in the spirit of this holiday, we’ve inserted a little hoax in this blog. Can you spot it?