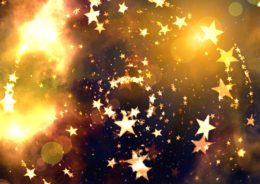 Down to Earth Sounds– With Manhattan Music Lessons

If you have followed the news for the past couple of months, you surely know that, for the first time ever, a space probe named Rosetta dropped the robotic lander Philae onto the surface of a comet (this phenomenon is not to be mistaken for the other Rosetta Stone – the language school).

There are many amazing aspects of this historic landing, not the least of which is the distance and the duration of the journey: 6.4 billion miles that took a decade to achieve! Another mind-boggling fact is that Philae is as small as a washing machine.

Interestingly enough, the landing occurred only days after the release of the movie “Interstellar,” so no wonder we have been so…“spaced out” lately!

The sounds of space

The whole thing is awe-inspiring, of course, but the part that particularly fascinates us (for obvious reasons) is the “song” emitted by the comet. It is not music in a traditional, earthly sense, but rather a haunting sound that makes us imagine all the mysteries of the universe.

It may (or may not) be true that in space no one can hear you scream, but the extra-terrestrial world is not quite as silent as you might think. In fact, the recording sent from the comet is only the latest proof that far-away galaxies create beautiful – though unusual – music of their own.

Cosmic particles may not be producing sound in the conventional sense, but their speeding paths do emit audible vibrations. In a truly fascinating endeavor, scientists turned the nearly four decades of data collected from two NASA Voyager spacecraft into music that “speaks” to human ears here on earth. By using different groups of instruments for each spacecraft – separated from each other by billions of miles of space – a surprisingly beautiful piano and string duet was created .

At Hey Joe Guitar, we are truly inspired by these “space” sounds. They demonstrate that music really is – in all the senses of the word – universal.

Even though we are earth-bound, we thank…our lucky stars for the wonderful music teachers who work with is. They too are inspired by the eerily beautiful sounds of space music, but when it comes to teaching – whether guitar, drums, or any other instrument – their feet are firmly on the ground. (Even so, they’ll be happy to help you or your child master the more conventional sounds from our solar system and beyond ).

When they come to give a lesson at your Manhattan, Brooklyn, or Riverdale home or office, you will see that these teachers are out of this world!

< Previous Post Be a “Hit,” With New York Music Lessons Next Post > From “Blue” to (Tickled) Pink: Brooklyn Music Lessons Will Lift You Up!