The Sitar: From India With Love 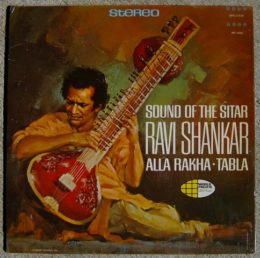 With New York City music lessons, you can bring the instruments from an exotic, faraway land right into your home

You’ve heard the saying “music is universal,” but can you come up with names of famous musicians who have actually proven this to be true?

One person who immediately springs to mind is the Indian sitar virtuoso Ravi Shankar, who passed away last month. Maybe we wouldn’t even know what the sitar looks or sounds like if it weren’t for Shankar.

We also might not have had many opportunities to hear Indian music which is, both literally and figuratively, worlds apart from the Western sounds that most of us are familiar with.

As Shankar himself explained the difference, “Indian classical music is principally based on melody and rhythm, not on harmony, counterpoint, chords, modulation and the other basics of Western classical music.”

And the sitar, with its light and delicate sound, is the most popular string instrument of Indian music.

A different kind of sound

The instrument that Shankar played so beautifully is, to put it plainly, a long-necked lute with movable frets, played with a wire pick.

Its origins can be traced to the 10th century, when northern India fell under the Persian rule. As Persian culture and music were brought to the conquered land, a sitar-like instrument, most commonly played during religious festivals, appeared on the scene.
Throughout the centuries this instrument had undergone many changes, eventually emerging in its present form in the 18th century.

Over the years, the sitar has crossed over to the Western music. Shankar’s pupil, the Beatles’ lead guitarist George Harrison, introduced this instrument to pop music, playing it on the song “Norwegian Wood (This Bird Has Flown”) and on the LP “Rubber Soul.”

Harrison’s sitar playing inspired Rolling Stones’ guitarist Brian Jones to learn this instrument as well, and he played it on the song “Paint it Black,” in 1966, and then a year later with Jimi Hendrix while recording the song “My Little One.”

While the sitar is the principal string in Indian music, a two-piece percussion instrument called the tabla provides the main rhythmic accompaniment. Unlike the more conventional western drums, the tabla is quite delicate and can only be played with hands, rather than with sticks.

In its present form the kettle-drum-like tabla is a relative newcomer on the Indian music scene and is probably less than 100 years old, though a more primitive version is believed to date as far back as 200 BC.

Do the sitar and tabla play well together? Shankar, who was probably the best judge of the compatibility of these two Indian instruments, thought so. As he said, “the dazzling and rapid dialogue between sitar and tabla has the power to enthrall even the most uninitiated listener with its thrilling interplay.”

We get it – the sitar and tabla are not exactly as popular (or well known) in New York City as they are in their native India.

But that doesn’t mean that you shouldn’t aspire to play either of these instruments or that you won’t find anyone to teach you.

We at Hey Joe Guitar are not limited to just a few most popular instruments. We can come to your home or office and teach you any of the dozens of instruments out there, regardless of how well known they are.

Look at it this way: with New York City music lessons, you can be the first on your block to play the sitar or tabla like the Indians do!