With Brooklyn Music Lessons You’ll Always Be a Winner! 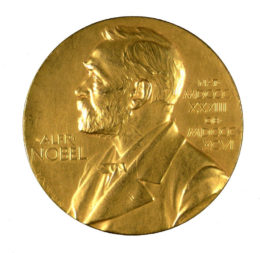 Get the Highest Honors, With Brooklyn Music Lessons

We bet you don’t know what today is. Yes, it is Thursday, December 10, but this day also marks a little-known and not much celebrated occasion: the Nobel Prize Day. Why December 10th? Because Alfred Nobel, who created this prize, passed away on this day in 1896. A year prior, Nobel, a Swedish chemist who invented the dynamite, wrote his last will, leaving much of his vast wealth to the establishment of the Prize that would honor men and women for outstanding achievements in physics, chemistry, physiology or medicine, literature, and for work in peace.

The first Nobel was awarded in 1901 to Henri Dunant, the Swiss doctor who founded the International Committee of the Red Cross. Since then, some 900 people and organizations received this honor.

What we found very interesting is that many of the Nobel Prize winners, especially in the physics category, were music aficionados and even accomplished musicians themselves. It only goes to disprove the common perception that music and science don’t mix or, if you prefer to re-phrase it, that people with “scientific” minds have no interest in or “feel” for music. Clearly, this isn’t so. Let’s see which geniuses were music fans.

Obviously, we can’t mention here hundreds of other distinguished Nobel musicians, but the six listed above prove that music and brilliant minds go hand in hand!

We are not going to tell you that when a teacher of ours comes to your Manhattan, Brooklyn, or Riverdale home or office, you will have a genius on your doorstep. We believe in full disclosure so we are letting you know that none of our teachers ever won (or was even nominated for) the Nobel Prize. But that’s okay, because we know beyond a shadow of the doubt that we have the best-trained teachers in New York City. Their dedication, experience, and teaching techniques take the prize!