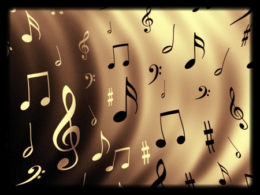 With New York Piano School, You’ll Never Be A “Loser!”

Have you ever listened to Felix Mendelssohn’s Cello Concerto? Don’t rack your brain trying to remember – we can tell you right now, with no degree of uncertainty, that you have NOT heard this piece. How can we be so sure? Because, in a truly bizarre twist of fate, the only existing copy of the composer’s cello concerto suffered a freaky accident: it fell off the side of a horse-drawn coach as it was being delivered to Alfredo Piatti, the cellist for whom the concerto was written. The notes have never been found.

This unfortunate incident made us think of other works by famous composers that had been lost but, in contrast to Mendelssohn’s concerto, had been found again – or discovered for the first time – centuries later.

Let’s start with Johann Sebastian Bach. The Baroque composer was certainly prolific, having written well over 1000 pieces of music. But in 2005, a music scholar found a previously unknown score at a German library, which houses a major collection of literature and historical documents. There, stashed in a box of birthday cards, was a two-page handwritten aria dated October 1713, when Bach was 28 years old. There had been no previous records of this piece, which the Bach Archive in Leipzig has since verified as authentic. Bach’s score is not the only piece of music that was unearthed in Germany. In the 1970s, a German music scholar found detailed sketches of Beethoven’s String Quartet in G, Opus 18 Number 2, made by the composer himself. It was composed in 1799 but discarded shortly afterwards and thought to be lost. In 2007, a music professor at the University of Manchester put the original sketches together and the piece was heard for the first time since Beethoven’s day. Another amazing discovery, in 2014, was Mozart’s Piano Sonata no. 11 in A Major , the long-lost original score scribbled by the composer himself around 1783. While copies of this piece exist, most of the original manuscript was believed to be lost, with only one surviving page preserved in Mozart’s native Salzburg. The missing score was found, quite by accident, by the head of the music collection at Budapest’s National Szechenyi Library. Exactly how the manuscript made its way to Budapest is somewhat of a mystery, since Mozart is not known to have ever visited that city. But that’s not all: last year, one of Igor Stravinsky’s earliest works, which was believed to be lost after the 1917 Revolution, was found amid masses of papers at the St. Petersburg Conservatory. Written in 1908, when Stravinsky was 26, the “Funeral Song,” was composed to commemorate the death of his teacher, Nikolai Rimsky-Korsakov. It had disappeared after its only known performance, on January 17, 1909. These are just a few examples of lost-and-found musical compositions. We are guessing there may be many more out there, just waiting to be (re)discovered!

Of course, most of the pieces written by composers and musicians, both past and contemporary, haven’t been lost. And that’s lucky because it means that you can choose from, literally, scores of compositions of different periods and genres. Our teachers are well versed in all kinds of music and will be happy to teach you any piece you like, in the comfort of your Manhattan, Brooklyn, or Riverdale home or office. Not only that, but we will send over a teacher who is “fluent” in the guitar, piano, cello, or any other instrument you’d like to play. Let’s put it this way: with Hey Joe Guitar music lessons, you have nothing to lose – and everything to gain!

< Previous Post Get the Ball Rolling, With Brooklyn Guitar Lessons Next Post > At Manhattan Music School, There Will Be No Dueling!