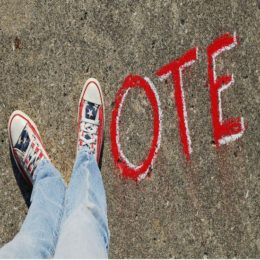 “Life is one grand, sweet song, so start the music.”

These cheerful words were spoken by former President Ronald Reagan, and he certainly knew what he was talking about because he was an avid harmonica player.

The 40th president of the United States reportedly learned to play this instrument while recovering from the assassination attempt in 1981, and his repertoire included songs like “Git Along Little Doggie” and “Streets of Laredo.”

Perhaps his playlist choices were not exactly presidential but, when it comes to music, Mr. Reagan was in good company: many of the former U.S. commanders-in-chief enjoyed playing an instrument too.

As the Election Day 2012 is getting closer and the contentious campaign is gaining momentum, the two current contenders for the Oval Office are facing a different kind of music: mutual accusations, criticism, and mudslinging.

But politics aside, a lot of U.S. presidents – Democrats and Republicans alike – had at least one point in common: they loved making music.

Hail to the chiefs

Let’s start with America’s first president: it is said that George Washington played the zither. We have no proof of this other than hearsay, but given that Mr. Washington could not tell a lie, we are assuming that he did indeed play this flat stringed instrument and that it was not made from the cherry tree he reportedly chopped down.

Drafting the Declaration of Independence apparently still left Thomas Jefferson enough time to play not one, but three instruments: cello, clavichord, and violin.

John Quincy Adams studied the flute at Harvard but, by his own admission, he wasn’t exactly a virtuoso. In his dairy, he conceded that he was “extremely fond of music, and by dint of great pains have learnt to blow very badly the flute. But could never learn to perform upon the violin, because I never could acquire the art of putting the instrument in tune.”

We are happy to report, however, that Andrew Jackson, the commander-in-chief- who was elected after Adams, was quite proficient at both guitar and banjo.

As for Abraham Lincoln, saving the Union and freeing the slaves – not to mention his daily four-mile walk to school as a boy – still left him enough time to learn a harmonica-like instrument called the jaw or mouth harp. It is said that he played it during the 1858 Illinois state election campaign (which he lost).

Other presidents also had their favorite instruments: Woodrow Wilson played the violin, while Franklin Roosevelt, Richard Nixon, and Harry Truman were partial to the piano.

And talk about being prolific: it was said that Warren Harding could play any instrument with the exception of the trombone and clarinet.

The most recent president whose musical skills are renown is, of course, Bill Clinton. His mastery of the saxophone is legendary. When asked why he continued to play the sax during his presidency, he replied: “Well, I don’t have much job security.”

By now you might be wondering what, if any, instruments the present occupant of the White House plays. Alas, while he is an ace on the basketball court, music remains on Barack Obama’s “to-do” list. As he said in a December 2011 interview with ABC-TV, he “would love to be able to play an instrument.” (We take it to mean that he currently doesn’t).

So it must be a measure of relief for the President that his opponent, Mitt Romney, is not known to play any instruments either, although the company he created, Bain Capital, owns the Guitar Center – the largest retail chain of musical instruments in the world.

That should probably come as good news to the voters, since both candidates in the 2012 election appear to be on equal footing when it comes to musical skills – or lack thereof. So it is safe to assume that musical tastes will not be a divisive issue in this race.

Why do so many presidents enjoy playing an instrument? At least part of the answer may be that this activity has been shown in various studies to reduce stress and soothe the soul.

Nobody can deny that the presidency of the United States is one of the highest-pressure jobs on the face of the earth, so we can only hope that the above-mentioned presidents were able to harness the beneficial effects of playing their instruments.

But listen – you DON’T have to be a president (or, for that matter have a stressful job) to enjoy playing an instrument. If you would like to learn any of the instruments -or their modern versions – that our presidents played, we’ll be happy to come to your Manhattan home or office (even if it’s not Oval), and give you music lessons.

Because no matter which party you belong to, playing an instrument is always politically correct!