New York Has Talent: Five Famous Musicians Who Hail From The Big Apple 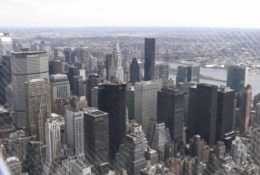 New York City has a long and proud musical history —to paraphrase a famous song, “if you can make it there you’ll make it anywhere.”

Our city is not only the birthplace of several music genres like hip hop, freestyle, doo wop, bebop, disco, punk rock, and new wave, but also of many world-renowned musicians.

We can’t mention all the excellent home-grown performers in this blog, but here are (in no particular order) five that we love — not only because of their talent, but also because they are quintessential New Yorkers, who have remained true to their hometown:

Their Kind of Town

As we said, these are just five performers who have their roots in NYC. But there are many others as well who were not only born here, but also sang about their native city.

We can’t possibly mention all the talented musicians who hail from New York City, but you can see who they are right here.

We thank them all for their musical contributions to our city and the world!