Mozart’s Flute Was Magic, Yours Can Be Too! 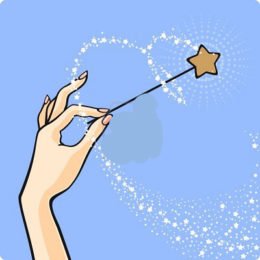 Be Enchanted, With Brooklyn Flute Lessons

Here’s a question you might not have considered before: is there such a thing as a magical or enchanted musical instrument? In art and literature there are examples of instruments that have special powers. Take, for example, a recently published book titled “Echo” In it, the main protagonist is a magic harmonica, which has the ability to break a witch’s spell and save three lives. We won’t tell you how it all ends, but let it suffice to say that this little instrument is very special indeed.

And there are other examples of musical instruments that have special, magical powers.

If you read “Harry Potter and the Sorcerer’s Stone,” you probably remember an enchanted, self-playing harp that lulls Fluffy, the three headed dog, to sleep. (In fact, in this very book, Albus Dumbledore notes, “Ah, music. A magic beyond all we do here!”) But magical instruments are not limited to literature. How about Mozart’s opera, “The Magic Flute?” In it, a young prince, Tamino, saves his princess by playing, ever so beautifully, an enchanted flute . Of course, you may say that the above-mentioned harmonica, harp and flute are fictional. This may well be, but in real life there had also been many musical instruments that some cultures considered to have special, mythical powers. For instance, the sound of the tanbur is believed to have had healing and calming powers, while the conch horn’s trumpet-like music was credited with bringing long and prosperous life.

“Music is the strongest form of magic” ~ Marilyn Manson Whether or not you believe that instruments have special powers, one thing is certain: music itself is truly magical in the way it brings out so many different emotions. It is soothing, uplifting, therapeutic, and generally a positive and meaningful experience for children and adults alike. Now, our teachers, enchanting as they are, do not possess mysterious or supernatural powers. In fact, their main “power” is the ability to teach music. They are definitely not witches or wizards, but when they come to your Manhattan, Brooklyn or Riverdale home or office, they will show you how to coax a truly magical sound out of your ordinary harmonica, flute, or any other instrument!