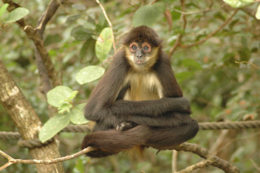 A few more hours and the month of November will be over. Tomorrow December begins and, with it, all the excitement surrounding the holidays. While celebrations of Hanukkah (December 6 until the 14th), Christmas (December 25), and Kwanzaa (December 26 – January 1) dominate this month’s agenda, other special occasions are not getting as much attention. But the fact is that December is full of (mostly wacky) holidays that most people don’t even know exist. We thought it would be fun to match some of these crazy events with appropriate songs. So let’s get to it!

A bit of craziness…

OMG – texting is no longer a new technology; as a matter of fact, December 3 will mark the 23rd anniversary of the very first text message, which was sent out in 1992. What did it say? Very appropriately, the message read “Merry Christmas.” We think a good song to mark this occasion is this upbeat tune . Let’s move on to December 9, which is the “Weary Willie Day.” In case you are not an expert on clownery, you may not know of a professional clown Emmett Kelly, who was born on this day in 1898. He went down in the clowndom history by creating one of the more memorable clown characters of the 20th century, known as “Weary Willie.” What’s the best song to commemorate this day? It’s a no brainer ! Now, if you are an animal lover, this next holiday will be right up your alley. December 14 is Monkey Day, an “annual celebration of all things simian, a festival of primates, and a chance to scream like a monkey” – if that’s your thing. And the next day, December 15, marks another animal-related event, National Cat Herder’s Day. What exactly is it? It celebrates humans whose lives or jobs feel as if they are constantly herding around cats. Songs? How about these , two? These are just a few of the bizarre December celebrations, but there are many more. Aren’t you glad we told you?

Whether you commemorate one of the above-mentioned wacky events or celebrate more conventional December holidays, one thing is certain – no matter how busy you are during the festive season, there should always be time for music. What we mean is this: New York has no shortage of concerts during the month of December, so whatever kind of music you like, it is right there in your neighborhood. But also don’t forget music lessons. Our teachers are not so busy celebrating National Cat Herder’s Day that they would not find time to come to your Manhattan, Brooklyn, or Riverdale home or office!