At Manhattan Music School, We are Unbiased About Instruments 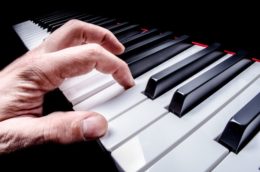 Anyone is Welcome to Learn at Manhattan Music School

Do you ever wonder why there haven’t been, until the 20th century, any great female cellists? Or why we don’t know of any women in history who became famous for playing the double bass? Why was there such a gender inequality? Because straddling the legs around instruments like the cello and double bass had once been considered not only unfeminine but also immoral.

The same guardians of morality also proclaimed other instruments to be unsuitable for women: the horn, recorder, flute, bassoon, oboe, and trumpet were off-limits since they would look indecent in the mouth of a woman. And the taboos didn’t stop with the instruments. Certain playing positions were also seen as immoral for decent ladies. For instance, distorting the face in order to play a wind instrument was a definite “no-no.” Isn’t it incredible that such crazy rules dominated the world of music in days gone by?

Fortunately, one instrument has long been judged suitable for females: the pianoforte and its descendant, the piano. Nothing about the body position or style of playing was found objectionable, which may be the reason why women composers who went down in history, such as Marianne Martinez (1744 – 1812), Fanny Mendelsshon (1805-1847) and Clara Schumann (1819 – 1896), were pianists. In fact, during the 1800s, mastering the piano was de rigueur for well-born women. As this recent, very interesting article points out, “Piano instruments were considered the feminine musical instrument ‘par excellence’ in the 19th century, to the extent that it became a norm in this period for all women belonging to the bourgeoisie and upper classes to have a decent command of the instrument.” The article goes on to quote a mid-19th century Norwegian author who said, “No cultured house should be without a pianoforte… No Lady, who wish to be a Lady, can admit to not being able to play the pianoforte, and no Gentleman can allow its disregard.” Maybe that’s why such genteel 19th century women as Emily Dickinson, Jane Austen, and the Bronte sisters all played this instrument.

Oh, how times have changed…

Fortunately, gender bias, especially when it comes to musical instruments, is a thing of the past. These days, boys AND girls, men AND women, can choose to play any instrument at all. The only guidelines that apply are the students’ own interests, not outdated social or cultural conventions. Whether you (or your child) are male or female, just contact us and we’ll send one of our truly amazing teachers to your Manhattan, Brooklyn, or Riverdale home or office to give you lessons. We believe in letting bygones be bygones!