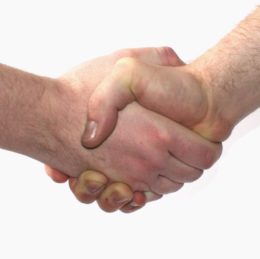 Find Out How We Can Change the World, with Manhattan Music Lessons

Last month, we had a blog about how some songs used to be censored in the United States. Fortunately, though, most music these days is alive, well, and being enjoyed by millions of people.

Unfortunately, musicians in certain regions of the world do not have the same opportunities that we take for granted – to perform freely, without the fear of sanctions or even persecution.

We are referring to various media reports in recent months, which related how certain governments ban all musical expressions. In Mali, for instance, listening to music had been forbidden for many months, and in Afghanistan a shelter for girls was forced to discontinue its music program. In other parts of the world, musical instruments are seized and destroyed.

All this is extremely sad because music is a positive and uplifting experience – the idea that we always assumed was universally accepted. What a pity that this isn’t the case.

Still, countries and regions where music is banned are relatively few. In most parts of the world, it is generally accepted as a unifying force among people of diverse backgrounds, nationalities, cultures, and religions.

As U2’s Bono put it, “Music can change the world because it can change people.” In the very least (which is already a lot), it can bring attention to existing social or political problems and the need to find peaceful solutions.

For example, not too long ago, as social unrest grew in Kiev, Ukraine, one man faced the riot police armed only with…his piano . He played folk songs and classical music that seemed to have had a calming effect on all involved, and the incident ended peacefully.

And over in India, 600 guitarists gathered in the street and played John Lennon’s “Imagine” to protest widespread violence against women.

Both these examples show not only the power of music, but also demonstrate how it can bring about – calmly and peacefully – social and political change.

The aptly named “Playing for Change” initiative was founded in 2002 with the goal of uniting people through music. This video demonstrates how this works: the musicians performing the same song in different parts of the world are connected to each other by music – when they play, distances and differences disappear!

Let’s do this together!

At Hey Joe Guitar, we believe in the power of music, both as a “people connector” and an agent for change. We hope that in their own small way, our music lessons and all the instruments we teach can contribute to a better world.

If you are not “fluent” in music yet, now is a good time to start. Just contact us and one our teachers will arrive at your Manhattan, Brooklyn or Riverdale home or office with a noble mission: to make music part of your life, and the lives of all those around you!

To paraphrase a well-known saying, a beautiful concert starts with a single note!