Take to Our Manhattan Music Lessons as a Duck Takes to Water! 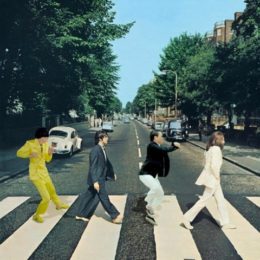 Are you one of 780 million people worldwide who viewed Psy’s “Gangnam Style” YouTube video?

There’s no doubt that this (no pun intended) song-and-dance number is funky, upbeat, and totally catchy. In fact, in a few months since the song’s July 2012 release, it catapulted into YouTube’s list of 30 most-viewed videos of all time.

Does this mean that the song will continue to be a huge hit for a long time? We can’t say one way or another (since we are not in the business of crystal ball reading), but we do know that even the hottest hit could turn out to be a flash-in-the-pan phenomenon. Just because a song has gone viral doesn’t guarantee its long-lasting success.

There are numerous songs that sizzle for a while before they fizzle out.  As stated above, we don’t know what the future holds for “Gangnam Style” or this year’s other viral hit, Carly Rae Jepsen’s “Call Me, Maybe.” Will we still love them as much five or 10 years down the road? Stay…tuned!

Sometimes, songs that fall out of grace are the ones borne out of fads, trends, or fashions of the day. Do you remember Rick Dees’ “Disco Duck?” Though it hit number 1 on the charts in 1976, it pretty much waddled away after that.

We are not sure whether it’s the lyrics (“I was on the dance floor, acting strange. Flapping my arms, I began to cluck. Look at me… I’m the disco duck”), or the fact that this song was pegged to the disco craze of the 1970s. But, honestly, how many people are still humming that tune – or even remembering it – today?

We are thinking that perhaps songs about animals in general and poultry in particular are just not destined to be enduring hits (“Old McDonald Had a Farm” might be one notable exception). For instance, aside from occasional parties, weddings, and Oktoberfests, the 1980s craze surrounding the “Chicken Dance” faded with the declining popularity of “oom-pah” music.

These are just two examples of hits that come in with a bang but have a relatively short lifespans.

Songs that the whole world sings

“As it slowly rambles on and on
No need in bringin’ `em back,
`Cause they’re never really gone.”

Fortunately, for every tune that falls into oblivion, there are so many others that never go out of style. Why they remain popular year after year, and even decade after decade, we do not know. Maybe it has something to do with the performers, music, lyrics, or the mood and emotions these songs continue to evoke in us, time after time.

Whether it’s the Beatles, Frank Sinatra, Janis Joplin, or numerous other recording artists, in many cases their songs live on, transcending time, trends, fads, and crazes. (See 500 greatest songs of all time)

That’s what we mean by “oldies but goodies!”

True, some songs have a mass appeal, while others are more individualistic. None of the songs listed in the above link strikes your fancy? Don’t worry, and …march to your own beat!

You probably have favorite songs of your own, the ones you like to listen to on your iPod. It doesn’t really matter how old they (or you) are – as long as they tug at your heartstrings and hold a special meaning to you (even if nobody else shares this particular affinity), that’s all that matters.

The beat goes on

We at Hey Joe Guitar have been around long enough to know that great music and beautiful songs have a universal appeal.

That is one compelling reason to take up singing or learn an instrument of your choice.  Our Manhattan music lessons make it easy and convenient – we will come to your home or office and teach you. No disco ducks or chicken dances, just beautiful music!