New York Music Lessons Will Never Fall Out of Favor 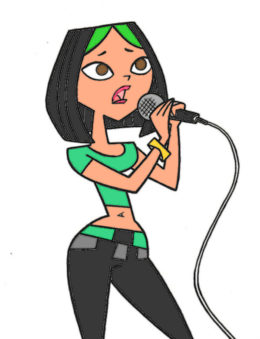 With New York Music Lessons, You’ll Always be a Hit!

Let us give you some cryptic clues about the topic of this week’s blog: “here today, gone tomorrow;” “tempest in a teapot;” and “if you blink, you’ll miss it.” What are we talking about? If you know the answer, raise your hand! Okay, okay, here it is: we are referring to musical hits that sizzled and soon after, fizzled out!

This is a good time to talk about these songs because this coming Friday, September 25, is the National One-Hit Wonder Day. See, you always learn something new and interesting here!

Just to make sure we are on the same page, a one-hit wonder is defined as “a group or singer that has only one hit record before returning to obscurity.” An interesting thing about these one-hit wonders is that they are not only a modern phenomenon. Long before music charts came into existence, there had been many undoubtedly talented classical composers who, sadly, didn’t leave behind a lasting musical legacy. For instance, the mere mention of the name Pachelbel evokes the sounds of his best (and only) known work, Canon in D . But most people would rack their brains if asked to name other famous works by this Baroque composer! There are plenty of other examples of composers who became known for one specific work, only to be forgotten afterwards!

A more recent (century-wise) list of one-hit wonders is also long. For example, Tina Sinatra made it big with her 1966 smash, “These Boots Were Made for Walking .” But even though she continued to perform, Frank’s daughter never reached this degree of success again. Let’s continue: most people remember Tiny Tim (the one with the falsetto voice, not the character in Dickens’ Christmas Carol) for his 1968 rendition of “Tiptoe Through the Tulips .” Chances are, you can’t name any of his other songs without doing the Internet search. Now, if you say “Bobby McFerrin,” his 1988 hit, “Don’t Worry, Be Happy ” jumps to mind. But do you know, off the top of your head, what other famous songs he performed? And do you remember all the hoopla around the 1993 single, “Macarena ?” We are not stretching the truth when we say that the band, Los del Río, never again had a hit of such magnitude. These are just a few examples of one-hit wonders. Rolling Stone Magazine has a more comprehensive list.

In for a long haul!

One thing is certain, no musician can know in advance whether he or she will achieve lasting (or merely fleeting) success. But you can predict your musical progress by how regular your lessons are and how well you practice in between. With the help of our talented and experienced teachers, each lesson at your Manhattan, Brooklyn, or Riverdale home or office will leave a truly lasting impression!