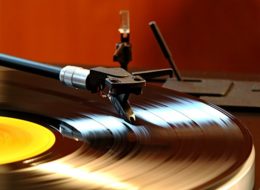 Generally speaking, we like to keep these blogs upbeat because, by its very nature, music – listening to it or playing – is such a positive experience. But sometimes sad topics do come up and we feel that they are important enough to merit further exploring. One such subject is Alzheimer’s disease. Why are we bringing this up now? Because November is Alzheimer’s Awareness Month, designated as such in 1983 by President Ronald Reagan. It is all the more poignant because just a decade after the proclamation, the former President himself was diagnosed with this terrible illness. Needless to say, we don’t claim to have extensive medical knowledge about Alzheimer’s, and we only know what the research indicates. And one of the findings that we think is particularly interesting pertains to the effect of music on the declining mental abilities of Alzheimer’s patients.

Remember Barbra Streisand’s 1975 hit, “The Way We Were” The opening line of that song is “Memories light the corners of my mind.” In a way, that’s what happens when Alzheimer’s patients listen to music. A resent study shows that these people can recall certain memories and emotions when they listen to music that is familiar to them. In other words, they may not respond to the latest hits, but are more likely to react to songs and musical performances they had meant something to them at one time in their lives. A wonderful non-profit program called Music and Memory is bringing personalized, digital music to the elderly, including Alzheimer’s patients. So far, the organization has distributed iPods to over 140 care facilities in the U.S. and Canada. Anecdotal evidence suggests that patients were able to “reconnect with memories triggered by music.”

Remembrance of things past

How does hearing familiar tunes boost the memory? Scientists point to several reasons. One of them is that music stimulates the mind and may re-hash some dormant memories. Also, music is processed in multiple areas of the brain, which, researchers suggest, tend to be less damaged by Alzheimer’s disease. Whatever the mechanism, we are so happy that music plays such a significant role in the lives of so many people. And we don’t have to remind you that exposure to music is beneficial to anyone, at any time of their lives. A teacher of ours will come to your Manhattan, Brooklyn, or Riverdale home or office to introduce you, your child, or another family member to the joys of music. Please contact us and give your brain a workout!